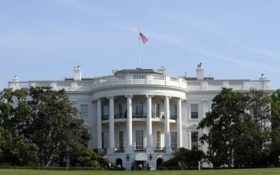 A man has been arrested after climbing over a security barrier at the White House and dropping a backpack on the south side of the property.

The Washington Post quotes U.S. Secret Service as saying 29-year-old Alexander Thomas Miner is charged with unlawful entry. Authorities say Miner tried to scale the barrier around 12:30 p.m. Monday. D.C. Police say he has no fixed address, and police have provided no possible motive. Authorities said the backpack wasn’t a threat but wouldn’t say what it contained.

It’s unclear if Miner has a lawyer.