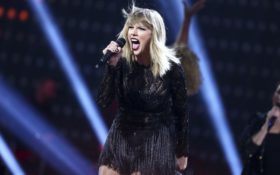 A 26-year-old Austin, Texas, man has been arrested on federal charges for allegedly sending threatening letters to pop star Taylor Swift and showing up at her record label in Nashville, Tennessee.

Federal prosecutors in Nashville said in a press release Thursday that Eric Swarbrick has been charged with interstate stalking and sending interstate communications with the intent to threaten. He is currently in custody in Texas and will be brought to Tennessee at a later date.

According to prosecutors, Swarbrick personally delivered letters threatening to harm Swift and himself to the Big Machine Label Group office on multiple occasions and was arrested by Nashville police on Aug. 2. He was released from custody, but continued to send letters and emails.