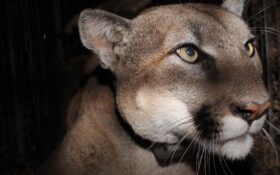 The U.S. Fish and Wildlife Service illegally helped pay for a Colorado program to kill dozens of mountain lions and black bears in an experiment to determine if the predators were partly responsible for declining mule deer populations, a federal judge has ruled.

U.S. District Court Chief Judge Marcia Krieger in Denver found that Fish and Wildlife failed to do a required analysis of the program’s environmental effects, possibly so it could fast-track federal funding for most of the $4 million program.

Concerned about declining populations of mule deer, which help sustain Colorado’s nearly $1 billion hunting industry, Colorado Parks and Wildlife decided in 2016 to conduct an experiment to see if limited killing of mountain lions and black bears would have an impact on deer numbers.

To help fund the experiment, Fish and Wildlife largely relied on an environmental analysis by the U.S. Agriculture Department that didn’t specifically address the Colorado plan, according to a lawsuit filed by the Center for Biological Diversity, WildEarth Guardians and the Humane Society of the United States. That analysis was required for any federal funding.

The lawsuit also argued that declining deer populations stemmed from human development, including oil and gas leasing, and that killing those predators would damage local ecosystems. Colorado Parks and Wildlife says its research is ongoing and that other factors could include maternal and fetal conditions and changes in the availability of forage.

“Fish and Wildlife really didn’t go into the environmental impact that removing mountain lions and black bears would have on those areas,” said Andrea Zaccardi, a senior attorney at the Center for Biological Diversity. “The mule deer are suffering mostly from a reduction in habitat.”

Actual numbers of predators killed under the program weren’t immediately available. Colorado’s Division of Natural Resources, which oversees Colorado Parks and Wildlife, referred a query for comment to Fish and Wildlife. That agency didn’t immediately respond to a telephone message and email seeking comment on Tuesday’s ruling.

Krieger ordered the Fish and Wildlife Service to conduct a more complete and focused environmental analysis of the program.

The Associated Press contributed to this  article