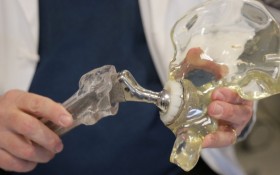 Medicare on Monday launched a major payment change for hip and knee replacements, the most common inpatient surgery for its 55 million beneficiaries.

Starting April 1, hospitals in 67 metropolitan areas — from Akron, Ohio, to Wichita, Kansas — will be held responsible for the results of hip and knee replacements. The aim is better coordination that starts with the surgery itself, and continues through recovery and rehabilitation.

It’s part of a turn away from paying for a piecemeal approach to care, regardless of results. The new direction aims to foster accountability among hospitals, doctors, nursing homes and home health agencies.

Under the new system, hospitals can receive additional financial rewards by meeting certain targets for quality and overall costs. If they fall short, eventually they will be financially liable.

Beneficiaries had about 400,000 hip and knee replacements last year, ranging in cost from $16,500 to $33,000 across the nation. Quality also varied, with rates of complications more than three times higher for some hospitals than others.

Researchers believe such wide disparities reflect inefficiency and waste in the health care system, not just regional differences in the cost of doing business. Research has shown that patients usually fare better with surgeons who perform a high volume of hip and knee replacements, and who are operating in hospitals that handle a large number of the procedures.

Medicare had initially proposed the changes this summer. The final policy cuts the number of metro areas from 75 originally proposed, moves the start date back from Jan. 1, and gives hospitals more time before they’re required to repay money for falling short of goals.

Among the major metropolitan areas in the experiment are Southern California, the New York-New Jersey area and South Florida.