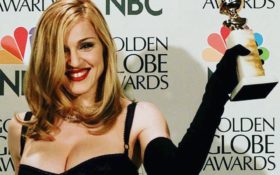 Pop star Madonna has rejected calls for her to boycott this year’s Eurovision song contest in Israel, saying she will “never stop playing music to suit someone’s political agenda.”

Madonna issued a statement on Tuesday, ahead of her expected arrival in Tel Aviv for a performance at the Eurovision event.

Madonna said her “heart breaks every time I hear about the innocent lives that are lost in this region and the violence that is so often perpetuated to suit the political goals of people who benefit from this ancient conflict.”

She says she prays for “a new path toward peace.”

The Palestinian-led boycott movement against Israel has urged artists to skip this week’s Eurovision in Tel Aviv. In a statement, it accused Madonna of “artwashing” and urged her to cancel.