Lottery coming to THIS state for first time - The Horn News 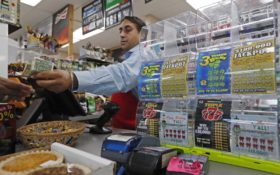 Mississippi residents don’t have to leave the state to buy lottery tickets anymore.

Tickets go on sale Monday. The tickets will be available in roughly 1,200 convenience stores and other sites.

For decades Mississippi was one of only six states without a lottery. There was strong opposition from politically powerful churches.

But the state’s lack of money for road maintenance changed that.

In 2018, lawmakers authorized a lottery as the state was forced to close hundreds of unsafe bridges. The first $80 million a year from lottery revenue will go to highways, then the rest goes to education.

She’s advocated for a lottery for years.