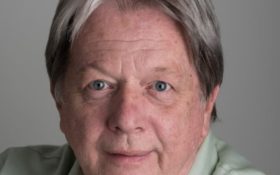 John Ensslin, a longtime Colorado reporter and a former president of the Society of Professional Journalists, has died. He was 65.

Colorado Politics, where Ensslin worked, reported he was found dead in his Denver apartment Monday morning. A cause of death was not immediately released.

Ensslin, a two-time Denver Press Club president, co-founded the Damon Runyon Awards 25 years ago, attracting top national journalists to the city. He worked for newspapers in New York and New Jersey before spending 25 years with the Rocky Mountain News, which closed in 2009. Ensslin worked at The Record in Woodland Park, New Jersey, before joining Colorado Politics in March, focusing on Denver politics.

Former Rocky Mountain News editor John Temple called Ensslin a humble presence in the newsroom who was supportive and kind to his co-workers.

“John wanted a journalism community, and he almost single-handedly created it,” Temple said. “He was so active in creating a journalism culture here, that in many ways that might have been his greatest contribution. He created a sense of pride around journalism, that this was something — that the people were to be appreciated and that they were special.”

Ensslin was inducted into the Denver Press Club Hall of Fame in 2007 and had recently started a Colorado Politics podcast series of interviews with the city’s newsmakers that he recorded at the club.

“He was the consummate journalist, seeking compelling stories and telling the world about them — no matter the format,” said press club President Dan Petty.

Ensslin planned to work a couple of more years with Colorado Politics before settling down and traveling with his wife, who trains special education teachers in New Jersey.