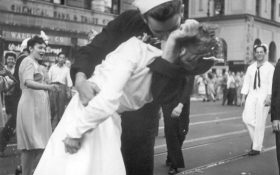 A bracelet that belonged to a soldier from Pennsylvania killed during the Battle of the Bulge in World War II will be returned to his daughter.

The county historical society says Coleman got married after high school and he and his wife had a daughter. Board member Esther Klinger says the daughter was 18 months old when Coleman was killed on Jan. 17, 1945. He was buried in Pennsylvania.

Coleman’s unit had been stationed in Wales before shipping off.

The bracelet will be presented to his daughter, Nancy Shilling, during a ceremony at the society’s headquarters on Sunday.