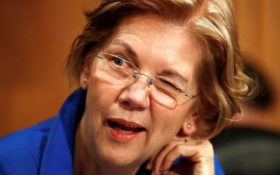 She spent her 70th toasting with friends at Planned Parenthood.

Warren invited her friends to a celebration of her life at the one place that systemically erases human lives.

“What better way to celebrate my birthday than right here with Planned Parenthood?” Warren asked.

Planned Parenthood: Where millions of babies never make it to their actual birthday, let alone a 70th birthday celebration.

“I was glad to celebrate with you, and I’m proud to fight alongside you for reproductive justice!” Warren wrote on Twitter, accompanied by the original video.

Senator, how is the killing of innocent human life “reproductive justice?”

Celebrating what millions will NEVER have: A BIRTHDAY!