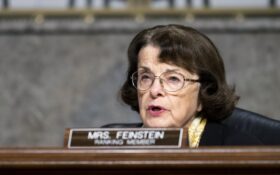 The San Francisco Unified School District is being accused of pulling a fast one on parents and exploiting the students in a blatant attempt to take advantage of a loophole that would bring in millions of dollars in state aid.

The district, which has had only limited reopenings, just announced a long-awaited plan to bring high school seniors back. This thrilled desperate parents, and had cooped-up teens excited for a return to normal for their final weeks of the school year.

But local media is reporting that the reopening is a window-dressing move aimed at doing the minimum necessary to cash in on state funds.

It’s all about the dollar bill.

Except this school in particular isn’t really reopening, not entirely.

“I’m absolutely shocked,” Assemblyman Phil Ting, who sponsored the legislation, told the San Francisco Chronicle. “The point was to reopen and to stay open.”

The Daily Mail said most students who return wouldn’t even be going to their own schools as just two high school campuses in the sprawling city will be made available to the seniors.

Ting told the Daily Mail that the move doesn’t meet the sprit of the law.

That won’t happen, as they will not receive instruction while in class.

Instead, they will receive “supervision” for activities such as “end of high school conversations,” or “college and career exploration,” district officials told the Chronicle.

The district’s failure to reopen was caused in part by the teachers’ union, which insisted on keeping educators home to protect them from the COVID-19 infection.

However, even when the vaccine became widely available – with many educators in California getting the shot in early March – the union insisted on keeping many schools closed.

The district reopened elementary schools in April – which is another requirement for the aid money – but the Chronicle said only a limited number of vulnerable middle and high school students have been allowed to return.

That’s not enough to get the $12 million in state aid.

For that, at least one grade in middle or high school has to reopen by May 15 – and that’s what appears to be driving the rush to bring seniors back to school in order to get the cash grab.

The problem is that it’s a sham; there is no actual school, and the kids would be on campus for just one to three days.

“I appreciate making an attempt to get the money. Those funds are needed,” parent Gregory Arenius said during public comments, according to the Chronicle. “That said, this plan is disgusting. Everybody involved should be ashamed of themselves.”

One student called it “insulting.”

The San Francisco school board has made headlines throughout the pandemic – but for all the wrong reasons.

The district stubbornly refused to open even as scientists urged them to and desperate parents clamored for it.

Instead, they spent weeks on other things like debating changing the names of the schools, ultimately deciding to change the names of facilities that were deemed “problematic” by the cancel culture left.

Names including George Washington, Abraham Lincoln and even Sen. Dianne Feinstein, D-Calif., are being pulled down.

That raises the question: Should a building be renamed if no one is using it?