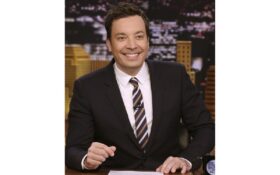 NBC “Tonight” show host Jimmy Fallon has apologized for doing an impersonation of fellow comic Chris Rock while in blackface during a 2000 episode of “Saturday Night Live.”

Fallon tweeted on Tuesday that “there is no excuse for this.”

Discussion of Fallon’s 20-year-old skit surfaced this week after a video of it was posted online. According to Variety, it was first posted on Twitter by a user named “chefboyohdear,” and showed Fallon, as Rock, appearing on a talk show.

Fallon tweeted that it was a terrible decision to impersonate Rock, also a former “Saturday Night Live” cast member.

“I am very sorry for making this unquestionably offensive decision and thank all of you for holding me accountable,” the late-night star wrote.

The Twitter user who posted the clip mentioned Megyn Kelly, who was taken off the “Today” show and eventually left NBC News after suggesting in 2018 that it was OK for children to wear blackface in Halloween costumes. She apologized for her remark.

The history of minstrel shows and movies where white performers donned blackface to mock blacks has made its use considered offensive today.

Another late-night comic, Jimmy Kimmel, wore blackface to impersonate basketball star Karl Malone while on Comedy Central’s “The Man Show” 20 years ago. Sarah Silverman used blackface for a sketch on her Comedy Central show in 2007, a decision she later said she was “horrified” by.