Netflix gets petitioned to ban popular series - The Horn News 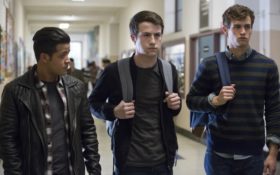 A media watchdog group is calling on Netflix to pull its “13 Reasons Why” series because of potentially harmful content.

The Parents Television Council describes the second season of the series as “a ticking time bomb to teens and children.” It wants both seasons yanked.

The first season of “13 Reasons Why” included a graphic depiction of a teen’s suicide. The second season includes a story line about a student’s thwarted plans to shoot up a school dance.

The council claims 1.4 million members and is dedicated to curbing sex, violence and profanity on TV and in other media. In the past, it has opposed shows such as “Glee,” ″The Mick,” ″Scream Queens” and “The Real O’Neals.”