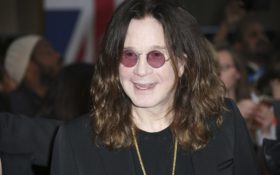 Ozzy Osbourne says he’s going off the rails on a crazy train while stuck at home with health woes, but plans to be back on track soon.

Osbourne says in a video posted to Twitter Wednesday that in a “bad fall” early this year he “screwed up all the vertebrae” in his neck.

The 70-year-old says he’ll have to cancel European tour dates that had been scheduled for January and February, but he’s recovering enough that he’s keeping North American tour dates that start in May on the calendar.

The former Black Sabbath frontman and solo metal star behind hits like “Crazy Train” says in the video that he’s “bored stiff” being stuck in bed all day.

Osbourne had to cancel North American shows this year because of health troubles.