Legendary New York retailer files for bankruptcy! (no one saw this coming) - The Horn News 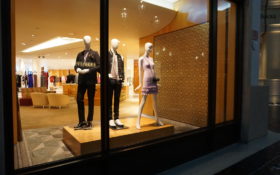 The luxury clothier is closing in Chicago, Las Vegas and Seattle. Twelve concept and warehouse locations will also close and the company said Tuesday it’s reviewing other store leases.

The company has secured $75 million in financing.

Stores on Madison Avenue store in New York, in Beverly Hills, California, San Francisco and in Boston will remain open, as well as two warehouse locations in New York and California.

Barneys will also have an online presence.

The number of retail store closed in the U.S. this year has already surpassed the total number in 2018, according to Coresight Research, which expects 12,000 will be shuttered in 2019.