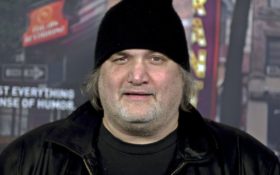 Authorities say a court hearing has not yet been scheduled for comedian Artie Lange following his arrest on a charge of having failed to comply with his court-ordered drug program.

The Essex County sheriff in New Jersey says Lange was arrested Tuesday morning at a halfway house on an unspecified violation.

Sheriff Armando Fontoura told NJ.com that Lange would remain at the county jail until he is called before a judge for reevaluation.

Attempts to reach a representative who could comment on Lange’s behalf were unsuccessful on Thursday.

Lange spent almost a week in the county jail earlier this year after a positive drug test. He was placed on probation last year after pleading guilty to heroin possession stemming.

The 51-year-old was on the Fox sketch comedy series “Mad TV” and was a longtime co-host on “The Howard Stern Show.”