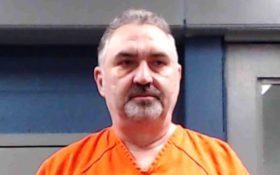 A West Virginia man is accused of organizing a network of shoplifters, many of them drug addicts, to steal hundreds of thousands of dollars in store merchandise that he then resold on the internet.

Nedeltcho Vladimirov of Cross Lanes was charged Monday in a criminal complaint with acquiring nearly 3,700 stolen items that were later resold for profit, U.S. Attorney Mike Stuart said at a news conference.

Vladimirov, who is charged with with money laundering, allegedly paid cash to the shoplifters for a fraction of the stolen items’ worth. Many of the shoplifters then would use the money to support their drug habits.

Stuart called it “an endless cycle for our community that has suffered so much from the opioid crisis.” West Virginia leads the nation by far in the rate of drug overdose deaths.

Nearly $370,000 in goods were stolen from popular grocery stores and pharmacies over a two-year period, and Vladimirov is believed to have received more than $200,000 in sales from January 2019 to January 2020, Stuart said. Among the stolen goods were such things as electronics and vitamins, the prosecutor said.

Prosecutors believe 15 to 20 shoplifters acted at the direction of Vladimirov, who would then relist the items both domestically and internationally on websites such as Facebook Marketplace and eBay. Payments would be received through an online payment system. Investigators obtained records showing a user account believed to be associated with Vladimirov.

“The scale of this shoplifting-for-profit scheme is extraordinary,” Stuart said.

“A message to consumers who are on eBay or Facebook Marketplace or other websites where you’re buying goods at extraordinarily low prices: Please be aware that what you might be buying are stolen goods,” Stuart said. “There may be a reason the prices are that low. When you buy those goods, you’re feeding in to the addiction economy. You’re feeding in to the shoplifting economy. You’re feeding into undermining the very companies that employ us at our places of business and keep our economy moving.”

Jail records didn’t indicate whether the defendant has an attorney.