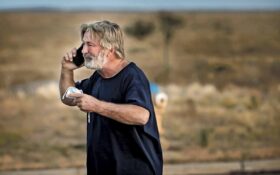 Alec Baldwin was filming a movie on Thursday when he fired what was thought to be a prop gun that killed the movie’s cinematographer Halyna Hutchins, 42.

Now, legal commentators are debating how to treat the incident, according to a bombshell report by the New York Post.

One attorney stressed the possibility of a charge for involuntary manslaughter.

“All the state needs to demonstrate is that he was engaged in a lawful, but dangerous act and did not act with due caution,” Erlinda Johnson, a criminal attorney, told the NY Post. “That’s what the state has to prove for involuntary manslaughter, which is a fourth-degree felony with a maximum penalty of up to 18 months in prison.”

According to the NY Post, Johnson has prosecuted crimes at both the state and federal level, and she currently practices in New Mexico, the site of Baldwin’s incident.

Johnson predicted that Baldwin’s lawyers might point out the reports that someone else had handed the gun to Baldwin. In her interview with the NY Post, Johnson continued, “But then, well it was incumbent upon him, since he was handling the gun, to make sure there were no rounds… Clearly someone didn’t do their due diligence. They should have been checking those guns to make sure there were no live rounds.”

Joseph Costa, a lawyer at Costa Law in California, told the NY Post on Saturday that Baldwin could face charges for negligent manslaughter. Costa hammered the fact that Baldwin was serving as the film’s executive producer.

“As an executive producer, you are in a position of control and you can get prosecuted criminally,” Costa said. “It’s the equivalent of drinking and driving, meaning someone may not have intended to cause great harm but they do.”

Rachel Fiset, a criminal lawyer at a California firm, seemed to agree.

“The facts have yet to come out but as to potential criminal charges they will look to his possible negligence,” Fiset told the NY Post. “His problems don’t lie in what he did as an actor. It will certainly come out that he thought he was firing a blank. The real issue is his role as a producer and the safety protocols – or lack thereof – on the set. If real negligence is proven, that could result in criminal charges.”

But veteran New York City criminal defense attorney Ron Kuby said he doesn’t believe Baldwin “has criminal exposure” under New Mexico law, though “he certainly has civil exposure as the producer and employer on the movie set.”

Denise Bodhan, another lawyer in California, predicted a whole cascade of lawsuits. However, she stopped short of predicting a murder charge.

“Anyone running that set will be sued, especially when they find out who specifically was cutting corners on the set,” Bodhan told the NY Post. “Yes, Alec Baldwin was the main producer but it might be found out that another producer did more to cut corners. I don’t think there will be anything as bad as a murder charge but this is going to be a legal nightmare for Baldwin.”

Other lawyers were more optimistic about Baldwin’s fate.

Kuby spoke about Baldwin’s civil liability, but he considered any attempt at criminal prosecution to be a dead end.

“The union members left the set and scabs were brought in to take over,” Kuby said. “Obviously, they failed to follow safety protocols. To the extent that Baldwin authorized the employment of incompetent scab labor, he faces serious liability.”

Kuby added, “Baldwin had no reason to believe he was engaging in dangerous activity.”

Sure enough, Baldwin had been told that the gun was safe to use, court records show.

Authorities said Friday that the assistant director, Dave Halls, had handed the weapon to Baldwin and announced “cold gun,” indicating it was safe to use. When asked about how Baldwin treated firearms on the set, Russell said the actor was very careful, citing an instance when Baldwin made sure a child actor was not near him when a gun was being discharged.

Hutchins served as a cinematographer on 32 different films and TV series from 2012 to 2021, according to the Internet Movie Database. Earlier this year, she worked on the movie The Mad Hatter.

A vigil for Hutchins was held Sunday in Southern California, where attendees exchanged tearful hugs and speakers called for higher safety standards.

Baldwin himself called the shooting a “tragic accident.”

1-
There are no words to convey my shock and sadness regarding the tragic accident that took the life of Halyna Hutchins, a wife, mother and deeply admired colleague of ours. I'm fully cooperating with the police investigation to address how this tragedy occurred and

The Associated Press and The Horn editorial team contributed to this article.