Lawyer: Man tried to kill wife out of mercy - The Horn News 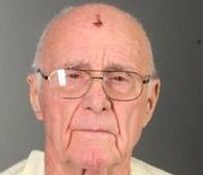 The lawyer for an 88-year-old man charged with attempting to kill his ailing wife in a western New York nursing home says his client wanted to end his spouse’s suffering.

Police in the Buffalo suburb of Cheektowaga say Martin Turkiewicz walked into his wife’s room at the nursing home last Saturday and hit Rita Turkiewicz in the head with a hammer.

He was charged with attempted murder. His wife of 60 years suffered a fractured skull and is listed in fair condition at a Buffalo hospital.

The couple’s daughter says her mother suffers from dementia. Turkiewicz’s attorney, Joseph Terranova, said in court Wednesday that his client was trying to put his wife out her misery.

Turkiewicz has pleaded not guilty. He’s free on bail and was ordered to stay away from his wife.