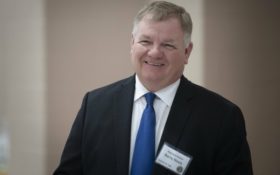 A Missouri state lawmaker said he misspoke on the House floor Friday when he referred to “consensual rapes” during a highly charged debate on a bill to ban abortions at eight weeks , including in cases of rape and incest

Republican Rep. Barry Hovis said in the chamber Friday that most of the sexual assaults he handled before retiring from law enforcement weren’t strangers “jumping out of the bushes.”

“That was one, two times out of 100,” he said. “Most of them were date rapes or consensual rapes, which were all terrible.”

Abortion-rights supporters who attended the debate immediately hissed in response.

Democratic Rep. Raychel Proudie told colleagues on the House floor that “there is no such thing as consensual rape.”

Hovis, a lawmaker elected in November from Missouri’s southeastern Bootheel region, later told The Associated Press that he misspoke. He implied that he had meant to say “date rapes or consensual or rape.”

“It’s my apology if I didn’t annunciate the word ‘or,’” Hovis said.

When pressed on whether that explanation made sense in the context of the rest of his sentence, he said that he believes there is no such thing as “consensual rape.”

The comment was reminiscent of former Rep. Todd Akin, who lost the state’s U.S. Senate race in 2012 after saying women’s bodies can ward off pregnancy in cases of “legitimate rape.”

Hovis spoke during a debate on an abortion ban that would be among the most restrictive in the U.S. if enacted. House members voted 110-44 to send the bill to Republican Gov. Mike Parson, who is expected to sign it.

The measure includes exceptions only for medical emergencies. Doctors would face five to 15 years in prison for violating the eight-week cutoff. Women who receive abortions wouldn’t be prosecuted.