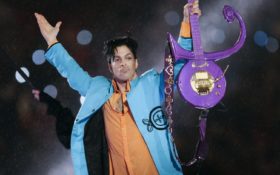 Prince’s former bodyguard answered questions from attorneys for seven hours as part of a wrongful death lawsuit filed by relatives of the late rock star.

Kirk Johnson’s attorney told KSTP-TV that Wednesday’s deposition at the Carver County Courthouse was difficult for his client, who considered Prince a good friend. Prince died of an accidental fentanyl overdose on April 21, 2016.

“This was a traumatic event for my client,” attorney F. Clayton Tyler said. “He feels very sad over the loss of a good friend of his. To have to come back and go through this and re-litigate this whole matter has been very difficult.”

The lawsuit names Dr. Michael Schulenberg as a defendant. Authorities say Schulenberg admitted prescribing oxycodone, a different opioid, to Johnson in the days before Prince died, knowing the drug would go to Prince. Schulenberg has disputed that, although he paid $30,000 to settle a federal civil violation alleging the drug was prescribed illegally.

Schulenberg’s attorney has said his client stands behind the care Prince received.

The source of the counterfeit pills that were laced with fentanyl that killed Prince remains unknown. No one has been charged in his death.

The lawsuit alleges Schulenberg and others had an opportunity and duty in the weeks before Prince died to treat his opioid addiction and prevent his death, but they failed to do so. A week before he died, Prince lost consciousness on a flight home from a concert in Atlanta. The plane stopped in Moline, Illinois, where Prince was revived with a drug that reverses opioid overdoses.

Other defendants include North Memorial Health Care, where Schulenberg worked; UnityPoint Health, which operates the Moline hospital; and Walgreens Co., which operates two drugstores where Prince got prescriptions filled.