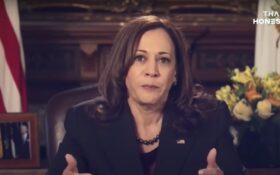 President Joe Biden has neglected to visit the border for his entire presidency, but the White House claims there’s no need to worry! Biden has chosen a border czar to handle the crisis: Vice President Kamala Harris.

On Monday, Harris talked about her efforts to prevent a new “influx” of illegal immigrants and asylum seekers at the border… a situation critics say has gotten completely out of control and is going to get worse.

It’s so bad, even the White House stopped defending Harris.

“Now, the president and I in our administration, we are going to do everything that’s within our ability as the executive branch,” Harris told NPR about the spiraling immigration crisis on Monday.

A pandemic-era rule, Title 42, allows Homeland Security to cite the COVID-19 virus as a reason to refuse asylum seekers. The rule has been invoked 2.5 million times since March 2020.

Title 42 is set to expire on Wednesday, but the Biden-Harris administration still has time to extend the deadline. In fact, the administration has promised to decide by 5 p.m. on Tuesday, as per a recent order by the U.S. Supreme Court.

In other words, Biden and Harris are creating confusion at the southern border that is already overrun.

In a press conference Monday, a reporter for The Washington Post said, “The President tasked the Vice President with studying and working on the root causes of some of these issues. I’m wondering if there’s any update from this side of the White House on what she’s been doing and what she will continue to do as we’re expecting an influx at the border after Wednesday.”

“I don’t have anything to lay out specifically on what that work looks like,” Jean-Pierre said. “You’re right, that has been her charge, to work in a diplomatic way on finding the root causes of — of migration.”

After that non-answer, Jean-Pierre directed the reporter to Harris’s office instead.

“I would probably refer you to her office on anything specific on the work that she’s doing,” Jean-Pierre said. “Again, we appreciate her partnership.”

Reporter: "I'm wondering if there's any update .. on what [Kamala Harris] has been doing and what she will continue to do" about the border.

Jean-Pierre: "I don't have anything to lay out specifically on what that work looks like … I would probably refer you to her office." pic.twitter.com/3JnoHCGvhQ

Along the border, some communities are dreading the possible end of Title 42.

In El Paso, Democratic Mayor Oscar Leeser warned Monday that shelters across the border in Ciudad Juárez are packed to capacity with an estimated 20,000 would-be illegals who are prepared to cross into the U.S.

Despite the court stay Monday, the City of El Paso rushed to expand its ability to accommodate more migrants by converting large buildings into shelters, as the Red Cross brings in 10,000 cots.

Local officials also say they hope to relieve pressure on local shelters by chartering buses to other large cities in Texas or nearby states, bringing migrants a step closer to relatives and sponsors in coordination with nonprofit groups.