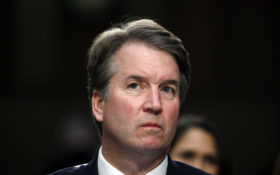 But her lawyer sent a letter to the Senate late Monday complaining that the format is unfair and disrespectful to Ford — and it has mainstream media outlets across the political spectrum asking a critical question.

Will Kavanaugh’s accuser actually show up?

Fox News reported Tuesday that the letter was sent to Senate Judiciary Committee Chairman Chuck Grassley by one of Ford’s top attornies. In it, Michael Bromwich — a former Justice Department inspector general under President Bill Clinton — complained about the aggressive language being used by Republicans, as well as their plan to invite a third-party former sex crime prosecutor to deliver the questions

“We are finding it difficult to reconcile your letter and [Mike Davis’] note with the Majority Leader’s speech this afternoon on the Senate floor,” wrote Bromwich. “As Dr. Blasey Ford has been clear since her experience was first made public, she came forward because she believes it is her civic duty to tell the truth about the sexual assault she experienced.”

Mike Davis is the Chief Counsel for Nominations for the Judiciary Committee.

“You said in your letter that you intend to provide a ‘fair and credible’ process … Yet earlier today, the Majority Leader dismissed Dr. Ford’s experience as a ‘smear campaign,’ claiming mistakenly that the witnesses’ statements to the Committee constitute ‘a complete lack of evidence,’ implying that there has been a thorough investigation,” the letter continued.

“This hearing plan that Mr. Davis described does not appear designed to provide Dr. Blasey Ford with fair and respectful treatment. In our view, the hiring of an unnamed ‘experienced sex crimes prosecutor,’ as Mr. Davis described in his email, is contrary to the Majority’s repeated emphasis on the need for the Senate and this Committee’s members to fulfill their constitutional obligations,” Bromwich wrote.

“It is also inconsistent with your stated wish to avoid a ‘circus,’ as well as Dr. Blasey Ford’s requests through counsel that senators conduct the questioning,” the letter said. “This is not a criminal trial for which the involvement of an experienced sex crimes prosecutor would be appropriate.”

Kavanaugh went on television Monday to deliver a fiery defense of his character. He never questioned if Ford was attacked, but denied that he was in anyway involved.

“I was not at the party described,” Kavanaugh said. “I have never had any sexual or physical activity with Dr. Ford. I’ve never sexually assaulted anyone, in high school or otherwise.”

“I’m not going to let false accusations drive us out of this process,” Kavanaugh said.

If Ford does not show up to the hearing on Thursday, should Republicans move forward?

Or should she be given more time?

Should the Senate delay the Kavanaugh hearing?