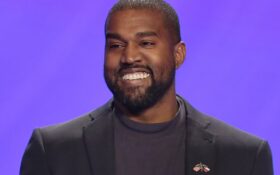 “I like Hitler,” Ye told the fringe commentator Alex Jones on Thursday. “I love Jewish people, but I also love Nazis.”

Ye doubled down after that. He tweeted a picture of a swastika overlaid onto a Star of David, an apparent reference to his remark about liking both Jewish people and Hitler. The rapper promptly received a suspension from Twitter.

Ye posted an unflattering photo of Twitter CEO Elon Musk, and the rapper described it as a “final tweet.”

Twitter CEO Elon Musk confirmed the suspension by replying to Ye’s post of the unflattering photo. “I tried my best. Despite that, he again violated our rule against incitement to violence. Account will be suspended,” Musk tweeted.

In 2019, Ye went public with his diagnosis for bipolar disorder, and he has long displayed erratic behavior possibly linked to his condition.

Jones, for his part, pushed against West’s remarks. “Well, I have to disagree with that,” Jones said after West’s comment about loving both Nazis and Jewish people.

Horrifying – a swastika embedded within a Jewish star.

Does Kanye West have to physically hurt a Jewish person before you act @elonmusk? pic.twitter.com/VUs1MdhK4o

Kanye: “I don’t like the word ‘evil’ next to Nazis… I love Jewish people, but I also love Nazis.” pic.twitter.com/qIezKIEXvS

It remains unclear whether the Twitter suspension will affect Ye’s career. The suspension may not be permanent, and celebrities hardly seem to use Twitter anymore, anyway.

Still, Ye’s remarks have led to his suspension from other social media platforms, too. Plus, his talent agency has dropped him, and companies like Adidas have cut ties with him. The sportswear manufacturer has also launched an investigation into his conduct.

Ye had offered to buy Parler, a less moderated medium, in October, but the company said this week that the deal has fallen through.

At the time, Ye and Parlement Technologies, which owns Parler, said the acquisition would be completed in the last three months of the year. The sale price and other details were not disclosed.

“This decision was made in the interest of both parties in mid-November,” Parlement Technologies said in a statement Thursday. “Parler will continue to pursue future opportunities for growth and the evolution of the platform for our vibrant community.”

Jones reportedly filed for bankruptcy Friday. Over several years, he described Sandy Hook’s 2012 shooting as a “false flag,” and he now owes over a billion dollars to the grieving parents, who were found to have been defamed by Jones.