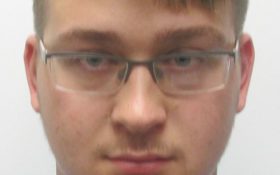 A southern Indiana man who pleaded guilty to molesting children while working at a YMCA and at an elementary school has been sentenced to 100 years in prison.

Michael Begin Jr. of Jeffersonville was given his punishment Friday in a Clark County courtroom after the 19-year-old earlier pleaded guilty to 20 counts of child molestation.

Begin read an apology in court before family members of several victims made statements.

Authorities say he molested the children between the ages of 3 and 8 while working at the Clark County Family YMCA and as an elementary school teaching assistant.

He was originally charged in 2017 with two molestation counts, and more charges were added later as additional victims came forward. He was a high school senior at the time.