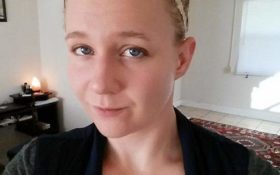 Justice is finally being served in the illegal leaks regarding Russian intervention in the U.S. presidential election – and to no surprise, an ignorant liberal insider has been charged with mishandling classified information.

Authorities say 25-year-old government contractor, Reality Leigh Winner, was arrested after giving a top-secret National Security Agency document to the news organization The Intercept, who published a story on the classified information Monday.

The leaked report suggests Russian hackers attacked at least one U.S. voting software supplier days before last year’s presidential election, but does not say whether the hacking had any effect on election results.

Winner’s social media account shows she’s a Bernie sanders supporter and a fan of other liberal elitists like Bill Maher and Michael Moore, according to The Daily Caller.

She supports an array of progressive organizations, like the Women’s March and the Islamic Society of North America. And, like most liberals, despises President Donald Trump.

Winner stole the documents from her employer, Pluribus International, a defense contractor located in Georgia working for the NSA.

The complaint filed against her shows that the documents were stolen on May 9th, upon which she printed them and mailed them to The Intercept.

When a reporter followed up with the NSA for more information, the theft was reported to the FBI.

In affidavits filed with the court, Justin Garrick of the FBI said the government was notified of the leaked report by the news outlet that received it. He said the agency that housed the report determined only six employees had made physical copies. Winner was one of them. Garrick said investigators found Winner had exchanged email with the news outlet using her work computer.

Since leaks began flowing out of Trump’s inherited government, he promised he would get to the bottom of it and fire the traitors.

Winner is another example of the president fulfilling his promises and draining the swamp.