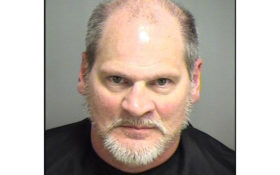 A 60-year-old man who pleaded guilty in the killing of two young sisters from Maryland was sentenced Tuesday to two 48-year prison terms, more than four decades after the girls vanished during a trip to a local shopping mall.

Lloyd Lee Welch Jr. entered his plea in a Virginia court Tuesday and was sentenced soon after. The first-degree felony murder charges had carried the possibility of a death sentence. Welch, who is already serving a long prison term in Delaware for sexually molesting a 10-year-old girl, also received a 12-year sentence in two unrelated sexual assault cases in Prince William County in Virginia.

Welch is accused of snatching 12-year-old Sheila Lyon and 10-year-old Katherine Lyon in March 1975. Authorities believe he burned the girls’ bodies on a remote mountain in Bedford County, Virginia, where his family owned land. They were never recovered.

He had been scheduled to go on trial Tuesday, but his trial request was withdrawn last week. The Washington Post reported that Welch plans to plead guilty in an agreement that will also resolve two unrelated sexual assault cases against him.

The Lyon sisters’ disappearance shattered the sense of security in Kensington, Maryland, rattling parents to the point where they no longer let their children play outside or walk to Wheaton Plaza.

“It deeply affected everybody in a very large radius within the D.C. suburbs. People always wanted to know who did this, who was this person, what happened?” said Teresa Brookland, a former schoolmate who remembers Katherine as sweet and friendly.

Harry Geehreng, a retired Montgomery County police sergeant who searched the mall and surrounding woods for the sisters after they disappeared, said it took a couple of days for it to sink in that the girls may have been abducted because it was a sleepy area with little crime back then.

“It was just an innocent time and people never thought the worst,” Geehreng said. “Just the idea that a total stranger absconded with these two little girls, it was really beyond belief. People were genuinely shocked.”

Cold case detectives began focusing on Welch in 2013 after they noticed a composite sketch that resembled a 1977 mug shot of Welch in a burglary near Wheaton Plaza.

When the girls disappeared, Welch was an 18-year-old former worker at a traveling carnival.

A friend of the girls told police she saw a young man leering at them and following them in the mall. Based on her description, a detective drew a composite sketch of a young man with long hair and facial scars from acne.

Police didn’t release the drawing to the public because they were focused on another sketch based on descriptions from witnesses who said they saw the sisters talking to an older man who had a microphone and cassette recorder. After the sketch of the older man was made public, Welch told a security guard at the mall that he seen the sisters leave with that man. Police interviewed Welch but released him because they believed he was trying to get the $9,000 reward being offered.

In interviews with police beginning in 2013, Welch acknowledged he was at the mall that day and said he believed they’d been “abducted, raped and burned up,” according to court documents.

He was charged in their deaths two years ago.