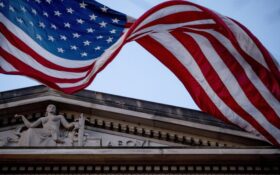 The Justice Department has seized millions of dollars from cryptocurrency accounts that militant organization abroad, including Al Qaeda and the Islamic State group, relied on to raise money for their operations, officials announced Thursday.

The Trump administration said the groups used the accounts to solicit donations for their causes, including through a bogus scam that officials say purported to sell protective gear for the coronavirus pandemic.

Officials described it as the largest-ever seizure of digital currency funds related to terrorism.

Cryptocurrencies such as Bitcoin are favored for illicit transactions because they are perceived as hard to trace, and one of the groups explicitly encouraged donations by telling potential contributors that the money trail would be difficult for law enforcement to untangle, the department said.

The legal action, including a forfeiture complaint filed in Washington’s federal court, is meant to deprive the organizations of fund needed to buy weapons and equipment and develop fighters and plots, said Assistant Attorney General John Demers, the department’s top national security official.

The department said it has seized about $2 million and is seeking for more, in addition to more than 300 cryptocurrency accounts and four websites. The money seized is expected to be given to a fund for victims of terrorist attacks.

The seizure also involved the military wing of Hamas, known as the al-Qassam Brigades.

“Without funding, you cannot have these operations conducted,” said Michael Sherwin, the acting U.S. attorney for the District of Columbia. “The focus here was a very proactive effort to target these organizations in a very wide-scale manner.”