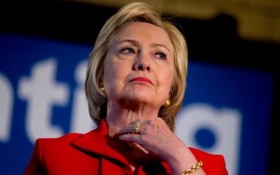 The House Judiciary Committee — led by true conservative leaders — isn’t going to let these alleged criminals walk away so easy.

The committee has requested documents and information related to Comey’s leaked conversations with President Donald Trump before Trump ousted him.

Sponsored: Can you REALLY boost your testosterone 71% in 10 days?

The subjects of the investigation will be called upon by the House Judiciary Committee to cooperate with their probe and submit any necessary documents that investigators require.

Should they fail to cooperate, they could be subpoenaed — and made to answer to American voters.

“There is little question that members of Obama’s administration repeatedly broke protocol throughout their investigations into Hillary Clinton,” Louisiana Rep. Mike Johnson, one of the four leaders of the amendment, told Breitbart News.

“What is unclear, however, is why we have received few answers over the past twelve months to our questions about their actions, especially concerning the former attorney general and FBI director,” Johnson continued. “The House Judiciary Committee has continued to seek answers on various issues of interest stemming from their hearings and oversight responsibilities. This is simply an effort to finally get some of those important questions answered.”

Joining Johnson is sponsoring the probe were Reps. Matt Gaetz of Florida, Jim Jordan of Ohio, and Andy Biggs of Arizona.

The probe is a broad reaching effort to get to the bottom of the Hillary email scandal and rumored Obama administration cover-up. Included are a list of high-ranking Clinton allies, including Cheryl Mills, Loretta Lynch, Heather Samuelson, and John Bentel.

Additionally, the probe will explore Comey and Lynch’s relationship with Obama and the alleged impartiality of their investigation of the Clinton email probe, the “unmasking” spy scandal that targeted the Trump presidential campaign, and the heavily criticized airport tarmac meet-up between former President Bill Clinton and Lynch in Phoenix.

That’s not all. It will also look into the Clinton Foundation’s shady influence from foreign governments — specifically the Uranium One deal with Russia.

Critics of the Clinton family are hopeful this is finally the beginning of the end of their political cartel.

“Both parties have criticized James Comey over the past year for his performance as FBI director. Even Sen. Feinstein says there should be an investigation into Loretta Lynch and James Comey’s handling of the Clinton investigation,” the Lousiana representative wrote in an email. “Let’s have a special counsel for that and see how serious Congressional Democrats are about getting to the truth.”

Comment ‘Amen!’ below if you think this probe was LONG overdue!