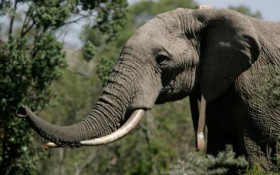 A Zimbabwean wildlife official reported that five alleged criminals have been arrested, are in police custody and are being questioned over the killing of 11 elephants poisoned by cyanide at Hwange National Park in the west of the country.

In addition to the elephants killed at Hwange park, three others were poisoned by cyanide near Kariba in northern Zimbabwe in the past two weeks.

National Parks and Wildlife Management Authority spokeswoman Caroline Washaya Moyo on Wednesday said in a statement all five suspects in the Hwange killings were resident in the national park’s main camp. Moyo told The Associated Press by telephone that the suspects are not park employees but were staying with relatives.

She said no-one had been arrested for the poisoning of the three elephants near Kariba.