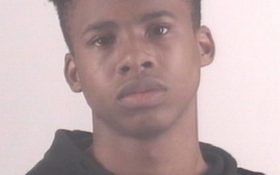 A Texas jury has convicted a teenage rapper of murder in the 2016 shooting death of a man during a home invasion.

The Tarrant County jury on Friday found 19-year-old Taymor McIntyre of Arlington guilty for his role in the death of 21-year-old Ethan Walker at Walker’s home in Mansfield, southeast of Fort Worth.

The man who shot Walker was sentenced last year to life in prison. Prosecutors have said McIntyre was charged with murder because he recruited the triggerman and organized the robbery.

McIntyre rapped under the name Tay-K and his 2017 single “The Race” appeared on Billboard’s Hot 100.