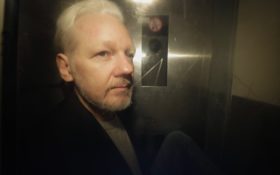 The doctors said in a letter published Monday that Assange suffers from psychological problems including depression as well as dental issues and a serious shoulder ailment.

Assange is in Belmarsh Prison on the outskirts of London in advance of an extradition hearing set for February. He is sought by the U.S. on espionage charges relating to his WikiLeaks work.

The letter was sent to Home Secretary Priti Patel.

Dr. Lissa Johnson of Australia said an independent medical assessment is needed to determine if Assange is “medically fit” to face legal proceedings.

The letter was distributed by WikiLeaks.