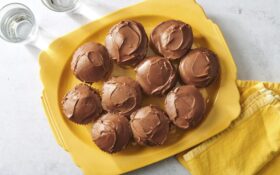 A Dane County judge has ruled that people can sell a wide range of homemade food without a commercial license or kitchen.

Judge Rhonda Lanford issued the decision earlier this week, the Wisconsin State Journal reported Saturday. The ruling expands the types of food that can be made and sold from home to items like candy, cocoa bombs, fried doughnuts and roasted coffee beans.

The ruling marks the second court victory in five years for three women who have been fighting to sell food from home.

Bed-and-breakfast owner Lisa Kivirist and farmers Dela Ends and Kriss Marion won a ruling in 2017 that a state ban on selling home-baked goods was unconstitutional. They filed a follow-up lawsuit in 2021 arguing that people should be able to sell other shelf-stable goods out of their homes as well.

The Wisconsin Cottage Food Association, which represents people who make homemade foods for sale in the state, joined the lawsuit as a plaintiff.

State law has for years drawn a line between which types of shelf-stable food items are exempted from license and commercial kitchen requirements. Statutes allow people to sell items like cider, maple syrup and pickles and allows nonprofit organizations and churches to sell all foods and meals.

State attorneys argued that food safety is the issue. But Lanford agreed with the plaintiffs’ arguments that homemade food is just as safe as other food.