Journalist stopped from Pulitzer by India's authorities - The Horn News 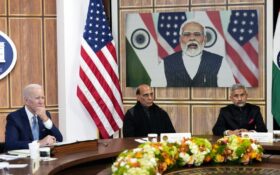 A Pulitzer Prize-winning Kashmiri photojournalist said Wednesday that Indian immigration authorities prevented her from flying to the United States to receive the award even though she had a valid visa and ticket.

Sanna Irshad Mattoo was scheduled to fly to New York on Monday to receive the Pulitzer Prize but was blocked by officials at New Delhi’s airport, she said.

Mattoo said she was stopped without reason and her ticket was canceled.

Mattoo was working on assignment for Reuters, which won the 2022 Pulitzer Prize for Feature Photography for coverage of the COVID-19 crisis in India.

She said she was traveling with two colleagues who were cleared to travel while she was stopped. Mattoo said the immigration official handed her boarding pass back but did not respond when she asked repeatedly what the problem was. She was then taken to the airline counter to collect her luggage.

Mattoo said she has no idea why she was prevented from traveling. “Is it about my work? Is it something else? I should be told. The problem is I don’t know what the problem is,” she said.

It was the second such experience for Mattoo, who was stopped from traveling to Paris in July for a book launch and photography exhibition as one of 10 winners of the Serendipity Arles Grant 2020. Again, Mattoo said that immigrations officials gave her no reason but told her she would not be able to travel internationally.

She has been working since 2018 as a freelance photojournalist depicting life in Indian-controlled Kashmir, where insurgents have been fighting for the region’s independence or merger with neighboring Pakistan.

Journalists have long braved threats in the restive region as the Indian government seeks to tighten control over the media. Their situation has grown worse since India revoked the region’s semi-autonomy in 2019, with dozens arrested, interrogated and investigated under harsh anti-terror laws.