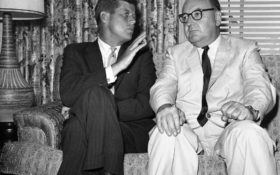 Love letters that John F. Kennedy wrote to a Swedish paramour a few years after he married Jacqueline Bouvier are going up for auction.

“You are wonderful and I miss you,” Kennedy scribbled at the end of a February 1956 letter to aristocrat Gunilla von Post, whom he’d met on the French Riviera a few weeks before he wed Bouvier in 1953.

You can view some of the letters below: 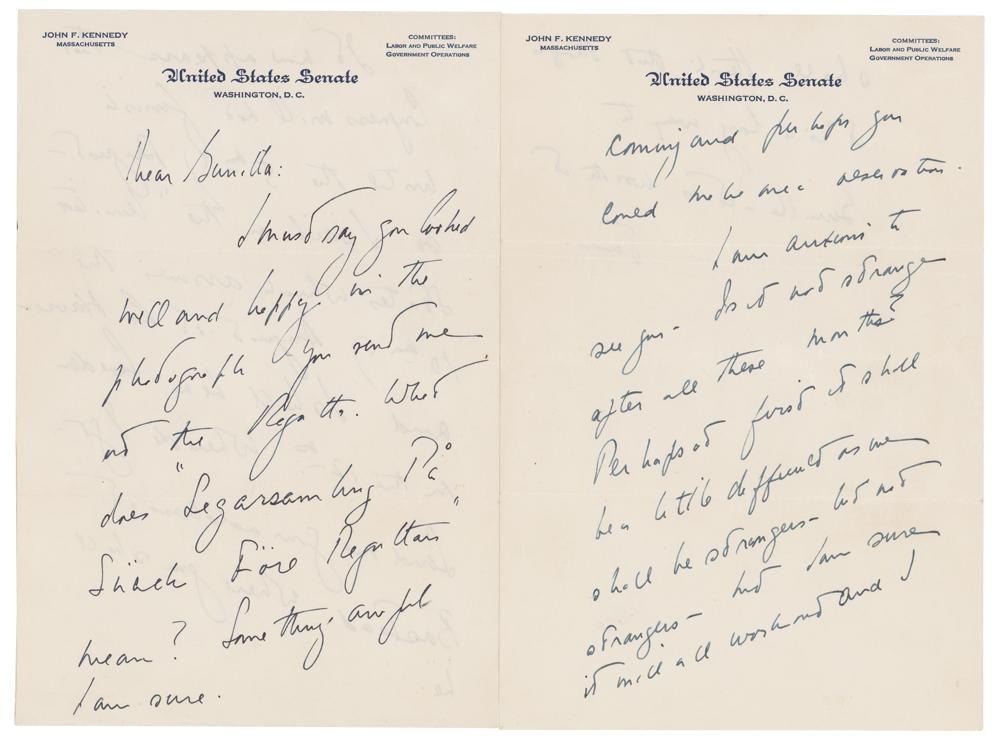 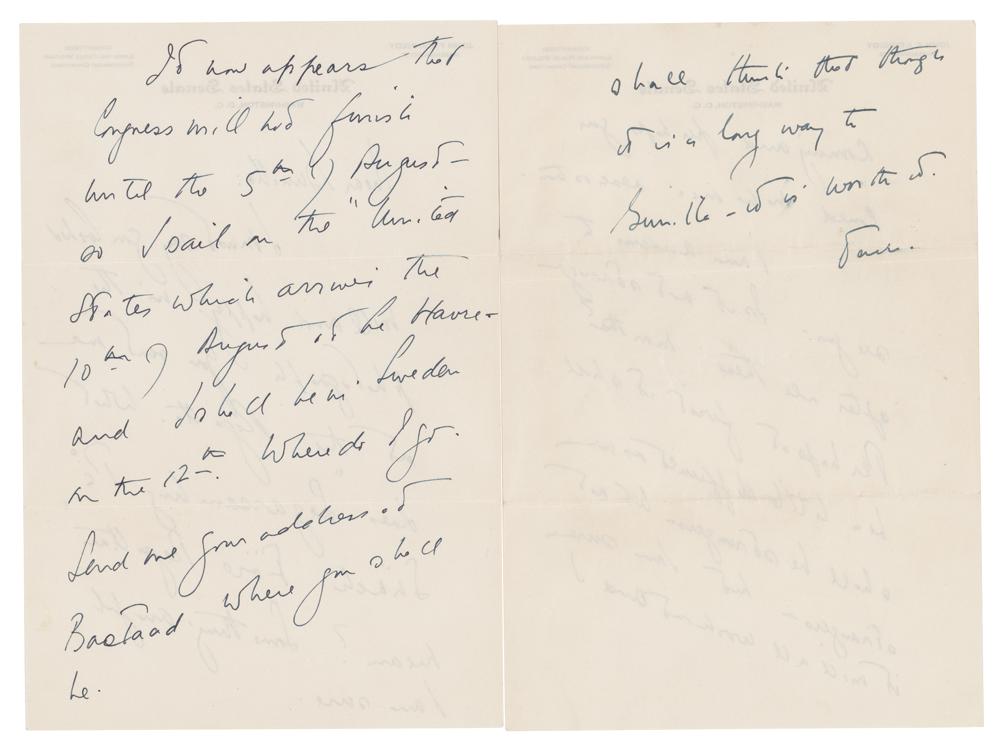 Kennedy was a Democratic U.S. senator from Massachusetts at the time, and the handwritten letters were written on Senate letterhead. He signed one simply: “Jack.”

The letters, placed up for online bidding by Boston-based RR Auction through May 12, underscore the 35th president’s reputation as a womanizer long before he won the White House in 1960. Kennedy was assassinated in Dallas on Nov. 22, 1963.

A 1955 letter began: “Dear Gunilla, I must say you looked well and happy in the photograph you sent me at the Regatta.” Kennedy then sketched out his plans to head to Europe after Congress recessed early in August of that year, writing: “I shall be in Sweden on the 12th. Where do I go. Send me your address at Bastaad where you shall be.”

In the 1956 letter, Kennedy expressed regret that von Post wouldn’t be traveling to the U.S. as he’d hoped.

“I must say I was sad to learn that, after all, you are not coming to the U.S.,” he wrote.

“If you don’t marry come over as I should like to see you. I had a wonderful time last summer with you. It is a bright memory of my life,” Kennedy wrote. “I am anxious to see you. Is it not strange after all these months? Perhaps at first it shall be a little difficult as we shall be strangers — but not strangers — and I am sure it will all work and I shall think that though it is a long way to Gunilla — it is worth it.”

“This is the only Kennedy letter that we have offered that displays open affection to another woman while he was married,” the auction house said in a statement.

In her memoir, von Post recounted Kennedy’s efforts to end his marriage to Bouvier and bring her to the U.S. In the end, the future president’s hopes of doing that were thwarted by his authoritarian father, Joseph P. Kennedy; JFK’s own political ambitions; and the future first lady’s 1955 miscarriage and 1956 pregnancy.

Von Post and Kennedy saw each other only one other time: a chance encounter at a gala at the Waldorf Astoria Hotel in New York City in 1958, when the Swede was pregnant with her first child.

The letters being auctioned off originated from von Post’s estate, RR Auction said.