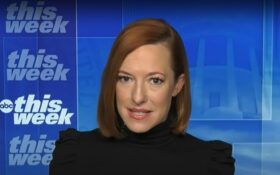 Biden will sink the Democrat’s hopes at the ballot box in November, Psaki predicted, if the Republican Party successfully makes the election a referendum of his first two years in office.

Psaki left the White House in May for a job at NBC News and the company’s far-left cable news network, MSNBC.

“If it is a referendum on the president, [Democrats] will lose,” she said to Chuck Todd on “Meet the Press” Sunday.

She also said that the economy and out-of-control crime in blue cities will hurt the party in the election.

“They also know that crime is a huge vulnerability for Democrats,” Psaki said. “I would say one of the biggest vulnerabilities.”

“The economy is hanging over everything, but you have to look at state-by-state factors, and crime is a huge issue in the Pennsylvania race,” she said about John Fetterman’s campaign in the Keystone State against Dr. Oz, who is backed by former President Donald Trump.

On the upcoming midterm elections, former top Biden spokeswoman Jen Psaki admits "if it is a referendum on the president, [Democrats] will lose." pic.twitter.com/g3bqRgWHCy

ABC News/Washington Post poll found that Biden’s overall approval is an abysmal 39 percent. 55 percent of voters said they disapprove of the president.

Republicans also score much higher than Democrats among likely voters in a generic vote.

ABC/WP POLL: Do you Approve or Disapprove of President Biden?