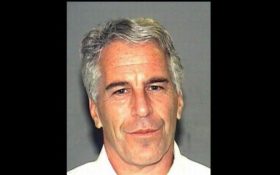 That’s according to a bombshell report by The New York Post, who reported that Judge Bruce Reinhart was also a donor to former President Barack Obama in 2008.

Reinhart was elevated to magistrate judge in March 2018 after 10 years in private practice. That November, the Miami Herald reported that he had represented several of Epstein’s employees — including, by Reinhart’s own admission to the outlet, Epstein’s pilots; his scheduler, Sarah Kellen; and Nadia Marcinkova, who Epstein once reportedly described as his “Yugoslavian sex slave.”

Kellen and Marcinkova were among Epstein’s lieutenants who were granted immunity as part of a controversial 2007 deal with federal prosecutors that allowed the pervert to plead guilty to state charges rather than federal crimes. Epstein wound up serving just 13 months in county jail and was granted work release.

According to the Herald, which cited court documents, Reinhart resigned from the South Florida US Attorney’s Office effective on New Year’s Day 2008 and went to work for Epstein’s cohorts the following day.

Epstein, who was found dead in August 2019 of an apparent suicide in the Manhattan Correctional Center while awaiting trial on federal sex-trafficking charges, had hired a stable of high-powered lawyers for his defense in the late 2000s, including former independent counsel Kenneth Starr.

Ten months after starting work for Epstein’s co-conspirators, according to Federal Election Commission records, Reinhart gave $1,000 directly to the Obama campaign and another $1,000 to its fundraising arm, the Obama Victory Fund. Though the records show the judge made mostly small-dollar donations to his law firm’s political action committee in subsequent years, Reinhart also donated $500 to Jeb Bush’s 2016 presidential campaign in November 2015.

Reinhart was later named in a civil lawsuit by two of Epstein’s victims that accused him of violating Justice Department policies by switching sides in the middle of the Epstein investigation, suggesting he had spilled inside information about the probe to build favor with the notorious defendant, the Herald reported in 2018.

In a 2011 affidavit, Reinhart denied he had done anything improper and insisted that since he was not involved in the federal investigation of Epstein, he was not privy to inside information about the case.

However, in a 2013 court filing, Reinhart’s former colleagues contradicted him, saying that he had “learned confidential, non-public information about the Epstein matter” while employed by the US Attorney’s Office. Reinhart noted to the Herald in response that a complaint filed against him by a lawyer for Epstein’s victims had been dismissed by the Justice Department.

As recently as January of 2015, Reinhart was asked to appear on right-wing channel Newsmax to give analysis of the Epstein fallout — but declined to publicly note his own role in the case.

The FBI’s unprecedented search of Trump’s Florida residence ricocheted around government, politics, and a polarized country Tuesday along with questions as to why the Justice Department — notably under Attorney General Merrick Garland, who Trump had blocked from getting a seat in the Supreme Court — decided to take such a drastic step.

Agents on Monday searched Trump’s Mar-a-Lago estate, which is also a private club, as part of a federal investigation into whether the former president took classified records from the White House to his Florida residence, people familiar with the matter said. It marked a sudden and dramatic escalation of law enforcement scrutiny of Trump, who faces an array of inquiries tied to his conduct in the waning days of his administration.

Was the Justice Department politicized? What prompted it to seek authorization to search the estate for classified documents now, months after it was revealed that Trump had taken boxes of materials with him when he left the White House after losing the 2020 election?

Garland has not tipped his hand despite an outcry from some Democrats impatient over whether the department was even pursuing Trump  — and from Republicans who were swift to echo Trump’s claims that he was the victim of political prosecution.

All Garland has said publicly is that “no one is above the law.”

FBI agents descended on Trump’s shuttered-for-the-season home — he was in New York, a thousand or so miles away — with search warrants.

Monday’s search intensified the months-long probe into how classified documents ended up in boxes of White House records located at Mar-a-Lago earlier this year.

Trump and his allies called the search a weaponization of the criminal justice system and a Democratic-driven effort to keep him from winning another term in 2024. The Biden White House said it had no prior knowledge of the search.

Trump, disclosing the search in a lengthy statement late Monday, asserted that agents had opened a safe at his home, and he described their work as an “unannounced raid” that he likened to “prosecutorial misconduct.”

Justice Department spokesperson Dena Iverson declined to comment on the search, including whether Garland had personally authorized it.

About two dozen Trump supporters stood in protest at midmorning Tuesday in the Florida summer heat and sporadic light rain on a bridge near the former president’s residence. One held a sign reading “Democrats are Fascists” while others carried flags saying “2020 Was Rigged,” “Trump 2024″ and Biden’s name with an obscenity. Some cars honked in support as they passed.

Trump’s Vice President Mike Pence, a potential 2024 rival, tweeted on Tuesday: “Yesterday’s action undermines public confidence in our system of justice and Attorney General Garland must give a full accounting to the American people as to why this action was taken and he must do so immediately”

U.S. Sen. Lindsey Graham, R-S.C., said he spoke with Trump Tuesday and felt even more strongly after the search that Trump will run in 2024.

“I believed he was going to run before,” he told reporters. “I’m stronger in my belief now.”

Trump was planning to meet Tuesday at his Bedminster, New Jersey, golf club with members of the Republican Study Committee, a group headed by Rep. Jim Banks of Indiana that says it is committed to putting forth his priorities in Congress.

The FBI reached out to the Secret Service shortly before serving a warrant. Secret Service agents contacted the Justice Department and were able to validate the warrant before facilitating access to the estate, the person said.

The Justice Department has been investigating the potential mishandling of some classified information since the National Archives and Records Administration said it had received from Mar-a-Lago 15 boxes of White House records, including documents containing classified information, earlier this year.

The National Archives said Trump should have turned over that material upon leaving office, and it asked the Justice Department to investigate. However a search by the FBI was a shocking and unexpected escalation of what experts would normally consider a minor infraction.

There are multiple federal laws governing the handling of classified records and sensitive government documents, including statutes that make it a crime to remove such material and retain it at an unauthorized location. Though a search warrant does not necessarily mean criminal charges are near or even expected, federal officials looking to obtain one must first demonstrate to a judge that they have probable cause that a crime occurred.

Two people familiar with the matter, speaking on condition of anonymity to discuss an ongoing investigation, said the search on Monday was related to the records probe. Agents were also looking to see if Trump had additional presidential records or any classified documents at the estate.

Trump has previously maintained that presidential records were turned over “in an ordinary and routine process.” His son Eric said on Fox News on Monday night that he had spent the day with his father and that the search happened because “the National Archives wanted to corroborate whether or not Donald Trump had any documents in his possession.”

Asked how the documents ended up at Mar-a-Lago, Eric Trump said the boxes were among items that got moved out of the White House during “six hours” on Inauguration Day, as the Bidens prepared to move into the building.

“My father always kept press clippings,” Eric Trump said. “He had boxes, when he moved out of the White House.”

Trump himself, in a social media post Monday night, called the search a “weaponization of the Justice System, and an attack by Radical Left Democrats who desperately don’t want me to run for President in 2024.”