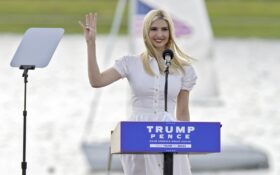 Former President Donald Trump on Tuesday launched his third campaign for the White House — and critics were quick to point out that one of his top advisors, daughter Ivanka Trump, was missing from the ceremony.

“In order to make America great and glorious again, I am tonight announcing my candidacy for president of the United States,” Trump said before an audience of several hundred supporters in a chandeliered ballroom at his Mar-a-Lago club, where he stood flanked by American flags and banners bearing his “Make America Great Again” slogan.

Ivanka released a statement of support for her father, but said she’s left politics to focus on her young family. Her husband, Jared Kushner, was at the campaign launch to offer moral support. 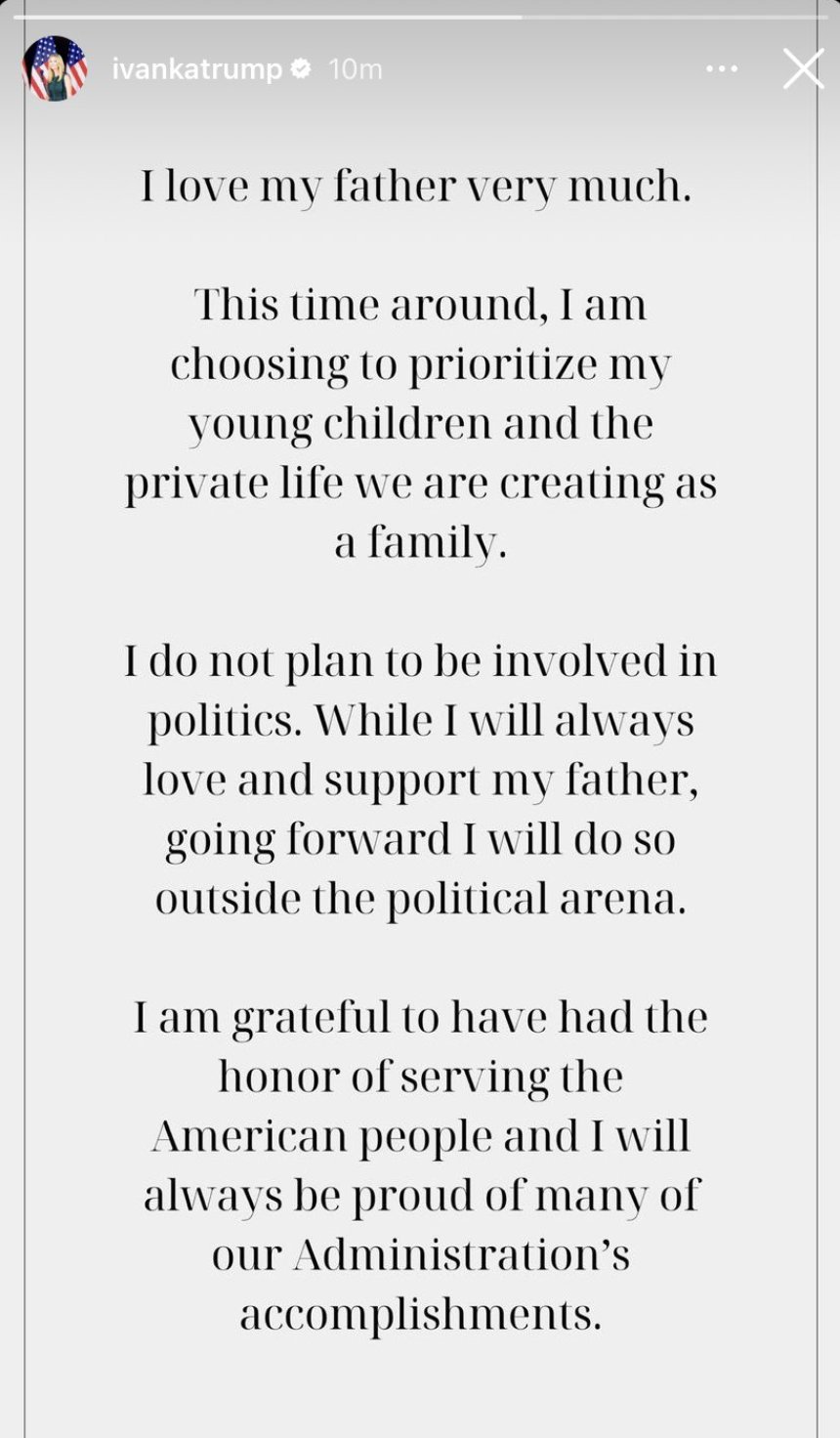 Trump enters the race in a moment of rare political vulnerability. He hoped to launch his campaign in the wake of resounding GOP midterm victories, fueled by candidates he elevated during this year’s primaries. Instead, the media has pounced on the Trump-endorsed candidates that lost.

Democrats kept the Senate. The GOP won back the House of Representatives with a narrow majority.

Trump has been attacked recently by a growing number of establishment Republicans who say it’s time for the GOP to move past him.

As Trump has spent the last months teasing his return, aides have been sketching out the contours of a campaign that is being modeled on his 2016 operation, when Trump and a small, narrow core of campaign staff defied the odds and defeated far better-funded establishment rivals.

Trump painted the country under President Joe Biden in apocalyptic terms, describing “blood-soaked streets” in “cesspool cities” and an “invasion” at the border.

“We are a nation in decline,” he said. “We are here tonight to declare that it does not have to be this way.”

Even after the GOP’s midterm disappointment, Trump remains the most powerful force in his party thanks to the loyalty of his base. For years he has consistently topped his fellow Republican contenders by wide margins in hypothetical head-to-head matchups. And even out of office, he consistently attracts thousands to his rallies and remains his party’s most prolific fundraiser, raising hundreds of millions of dollars.

While some Republicans with presidential ambitions have long ruled out running against Trump, others, including Vice President Mike Pence, have been taking increasingly public steps toward campaigns of their own, raising the prospect of a crowded GOP primary.

That could ultimately play to Trump’s advantage, as it did in 2016, when he prevailed over more than a dozen other candidates who splintered the anti-Trump vote.

Trump’s decision also paves the way for a potential rematch with Biden, who has said he intends to run for reelection despite concerns from some in his party over his age and low approval ratings. The two men were already the oldest presidential nominees ever when they ran in 2020. Trump, who is 76, would be 82 at the end of a second term in 2029. Biden, who is about to turn 80, would be 86.

If he is ultimately successful, Trump would be just the second U.S. president in history to serve two nonconsecutive terms, following Grover Cleveland’s wins in 1884 and 1892.

It wasn’t any secret that Trump has been planning to launch a third campaign.

At a White House Christmas party in December 2020, Trump told guests it had “been an amazing four years.”

“We are trying to do another four years,” he said. “Otherwise, I’ll see you in four years.”