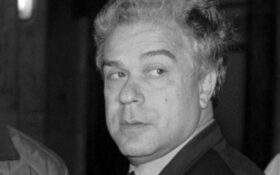 Seven Italians convicted of left-wing domestic terrorist crimes, including several former members of the Red Brigades. were arrested in France on Wednesday, the French presidency said in a statement.

French police made the arrests on warrants seeking the suspects in Italy for “acts of terrorism,” the statement said. The arrested individuals had fled Italy and sought refuge abroad before they could be imprisoned to serve their sentences. Police in France were searching for three others who were not at home.

Crimes for which some of those arrested were convicted in Italy include the 1980 killing of a Carabinieri paramilitary general and the 1980 kidnapping of a judge.

Five of those arrested in what Italian police said was code-named Operation Red Shadows were former members of the Red Brigades, a group active during the 1970s and 1980s that carried out killings, kidnappings and so-called “kneecappings,″ in which targets were shot in the legs by attackers who fled. The group later fell dormant.

Also among those detained in France was Giorgio Petrostefani, 77, a militant from the far-left group Lotta Continua (Struggle Continues). Petrostefani was convicted of the 1972 slaying of Milan Police Chief Luigi Calabresi and sentenced to 22 years in prison.

The police chief’s slaying was one of the more notorious crimes during the so-called “Years of Lead,″ when acts of terrorism committed by the extreme right and the extreme left bloodied Italy in the 1970s and 1980s.

Calabresi had been leading the interrogation of Giuseppe Pinelli, a suspected anarchist, about the 1969 bombing of a Milan bank that killed 17 people. Pinelli fell to his death from the 4th floor of police headquarters. The police chief was shot three times from behind while he walked to his car. The bank bombing has never been solved, and Pinelli’s death inspired a play and a movie.

The other person arrested had belonged to Armed Cells Against Territorial Power, which Italian police described as a subversive group. Narciso Manenti was convicted of the 1979 killing of a Carabinieri police officer. Italian police said he married a French citizen in 1985.

The communication to French prosecutors of the Italian requests followed “important bilateral work” to prepare for the arrests and the subsequent decision by investigators to focus on “the more serious crimes,” according to the French presidency. Italy had initially identified 200 individuals.

“France, also hit by terrorism, understands the need for justice for the victims,” the statement said.

French Interior Minister Gerald Darmanin said on France Inter radio that it is now up to a French court to decide whether the people arrested will be extradited to Italy.

The French presidency said the definitive extradition decision could take two to three years depending on the appeal proceedings. A Paris court is expected to decide in the coming days whether those arrested will remain in jail or be freed and placed under judicial supervision.

The expirations of the various European arrest warrants that allowed their capture were set to expire between December this year and 2023, according to Italian police.

France established in 1985 a policy known as the “Mitterrand doctrine,” named for Socialist President Francois Mitterrand. It said that Italian far-left activists who had fled to France would not be extradited to Italy unless there was evidence that they committed “crimes of blood.”

The policy had been an irritant to right-wing politicians in Italy for decades.

Italian Premier Mario Draghi expressed satisfaction that France has now agreed to start judicial proceedings for cases that “have left an open wound,” a statement from the premier’s office said.

“The memory of those barbaric acts is vivid in the conscience of Italians,” Draghi said.