Investors mock Musk for this Tesla move - The Horn News 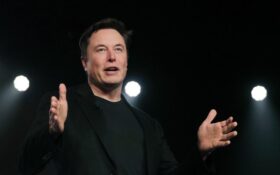 Lawyers for Tesla shareholders suing the electric vehicle maker’s CEO Elon Musk over a misleading tweet are urging a federal judge to reject the billionaire’s request to move an upcoming trial to Texas from California.

Musk contends he will be treated unfairly by potential jurors in the San Francisco federal court where the 4-year-old case was filed.

But in a Wednesday filing, the Tesla shareholders’ attorneys asserted there aren’t any legal grounds to move the upcoming trial that revolves around an Aug. 7, 2018 tweet in which Musk indicated he had lined up financing for a Tesla buyout — a deal that never materialized and resulted in a $40 million settlement with U.S. securities regulators.

The lawyers also argued Musk only has himself to blame for any negative perceptions, largely because of his frequent activity on Twitter, the social media platform that he now owns and runs.

“For better or worse, Musk is a celebrity who garners attention from the media around the globe,” the shareholders’ attorneys wrote in their 19-page opposition to the transfer request. “His footprint on Twitter alone is partially to blame for that. If ‘negative’ attention was all that was required to disqualify a jury pool, Musk would effectively be untriable before a jury given his knack for attracting ’negative” coverage.”

The filing comes less than a week after Musk’s lawyer, Alex Spiro, asked U.S. District Judge Edward Chen to transfer the case to Texas, the state where Musk moved Tesla’s headquarters in 2021 after spending nearly 20 years in its original Silicon Valley home. If the trial isn’t transferred, Spiro is pushing for a delay of the start of jury selection, currently scheduled for Tuesday.

The shareholders’ attorneys noted that their lawsuit, filed in 2018, would have never been allowed in a Texas federal court at that time because Musk’s buyout tweet occurred while Tesla was based in Palo Alto, California. What’s more, a list of witnesses includes several former Tesla executives living in California who would be improperly inconvenienced if the trial were moved to Texas.

Chen has scheduled a hearing for Friday to hear further arguments about Musk’s effort to move or delay the trial. The judge already has determined that Musk’s buyout tweet was false, leaving it to a jury to decide whether he acted recklessly by posting it and whether it caused financial harm to Tesla shareholders. After adjusting for two stock splits made since 2018, Tesla’s shares are now worth nearly six times more than at the time of Musk’s tweets about the bogus buyout.

Although Musk for years has been hailed in the San Francisco Bay Area as a technology visionary, Spiro believes his reputation has been badly tarnished throughout the region by negative media coverage since he completed his $44 billion purchase of Twitter in October. Since then, Musk has laid off or pushed away more than half of Twitter’s workforce, while alienating the service’s users with policies that critics contend have dismantled the service’s guardrails against misinformation and hateful content.

The backlash to those actions, which Musk has defended as moves to pare Twitter’s losses and protect free-speech rights, increased the chances potential jurors will be biases against him, according to Spiro. Among other factors, Spiro cited the possibility that potential jurors drawn from the San Francisco Bay Area may have been recently laid off at Twitter or may know someone who lost their job after Musk’s takeover.

The shareholders’ attorneys cited the roughly 200 jury questionnaires that have been turned into Chen to rebut that argument. Only two or three of the potential jurors acknowledged knowing someone who works at Twitter, according to the attorneys.