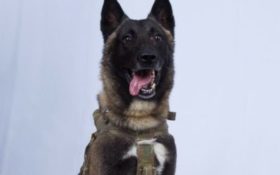 Julie Miller, 40, of Arjay, was arrested Monday on a charge of tampering with physical evidence, the Pineville Police Department said in a release on its Facebook page. She also was charged with a parole violation and trafficking in a controlled substance.

Miller admitted she tried to use the dog urine as her own sample given to officers at the Bell County Probation and Parole Office during a regular probation visit, the statement said.

Miller pleaded guilty in Bell County Circuit Court in November to a charge of first-degree possession of a controlled substance.

Miller was being held in the Bell County Detention Center. It wasn’t immediately clear whether she had an attorney to comment on her behalf.