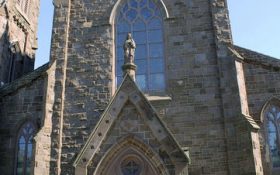 Philadelphia police are investigating after a 5-year-old boy brought about two dozen vials of crack cocaine into a preschool at a Roman Catholic church.

Police say the boy told a teacher’s aide at St. Cyprian Children’s Center that the person who handed him the bag told him to hide it.

The Archdiocese of Philadelphia tells WTXF-TV that the teacher’s aide took the bag, which she suspected held drugs, informed an administrator, and they called 911.

No other children came in contact with the drugs, and no one was harmed.