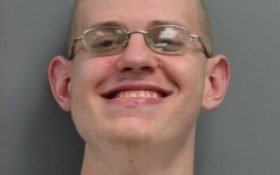 A prosecutor says no charges will be filed against an officer who fatally shot a man who was holding a gun on a woman who later was charged with two Council Bluffs slayings.

Council Bluffs Police Chief Tim Carmody said that, “in that moment, he took the shot to save a life.”

Authorities say Petersen was holding a gun on Montello-Roberts in the cab of a wrecked pickup truck when he was shot. The pickup carrying the two crashed during a pursuit in Council Bluffs.