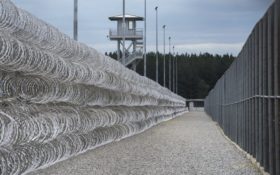 An inmate in a South Carolina prison stabbed a guard and stole his keys Monday night, but other inmates didn’t join him in the disturbance even after he unlocked their cells, officials said.

After stabbing the guard four times with a homemade weapon, the inmate held the officer hostage for a short time at the Kershaw Correctional Institution in Lancaster County, the Corrections Department said in a statement.

The officer was being treated at the hospital, but was expected to be released without staying overnight, prison officials said.

The inmate also sprayed the officer’s tear gas, affecting himself and several other people, investigators said.

At least one inmate tried to help the guard during the struggle, officials said.

The inmate who stabbed the guard has been transferred and will be charged, the agency said.

His name was not released.