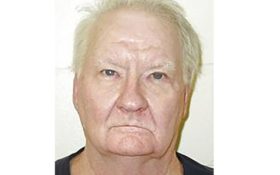 The Iowa Appeals Court has ruled against a convicted killer who says he “died” during a medical emergency and thus fulfilled his life sentence.

Wapello County court records say Benjamin Schreiber has been serving the life term since being convicted in 1997 of beating a man to death.

Schreiber says his heart stopped five times on March 30, 2015, at a hospital where he’d been taken from the Iowa State Penitentiary in Fort Madison.

Schreiber filed for release in April 2018.

A district judge found little merit in Schreiber’s argument, saying his filing confirmed he was still among the living.

The appeals court affirmed that ruling Wednesday, saying: “Schreiber is either alive, in which case he must remain in prison, or he is dead, in which case this appeal is moot.”