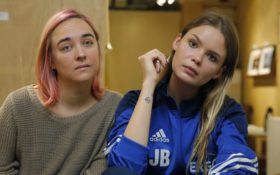 The Russian protest band P**** Riot is planning a concert in Alabama to benefit Planned Parenthood after the state passed the nation’s toughest anti-abortion law.

Al.com reports that the feminist band is set to perform July 11 at a music venue in Birmingham.

A tweet by the band says the show will benefit both Planned Parenthood and the Yellowhammer Fund, which says it provides funding for anyone seeking care at one of the state’s three abortion clinics.

Planned Parenthood and the American Civil Liberties Union are suing to block the Alabama law, which would ban all abortions except ones when the women’s health is at serious risk.

Backers of the law say they hope court challenges will lead to a Supreme Court decision outlawing abortions nationwide.