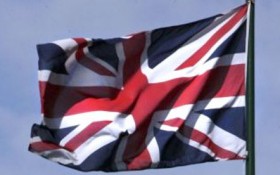 LONDON (AP) — Tens of thousands of people fleeing warfare and poverty are trying to enter Europe but at least one Iranian man who has made his home in Britain seems desperate to leave.

Manchester Police say Arash Aria turned himself in Monday, claiming to be in Britain illegally, but after arresting him police found out he had legal permission to live in Britain.

An official police tweet said: “Checks with the immigration enforcement team revealed that the man had indefinite leave to stay in the country.”

Police said Aria seemed angry and agitated and demanded to be sent home to Iran after 10 years in Manchester.

The Daily Telegraph on Thursday quoted the 25-year-old Aria as saying he was “fed up” with the rude way British people treated him.