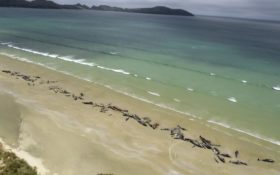 The entire shoreline of a Southern California city is closed to swimmers after sewage-contaminated runoff flowed into California from Mexico’s Tijuana River.

The San Diego Union-Tribune reports the San Diego County Department of Environment Health issued the order Sunday, expanding the closure that has been in place for months for part of the Imperial Beach coast.

The closure will be in place until testing shows the water is safe.

California and the cities of Imperial Beach and Chula Vista sued the Trump administration last year over the recurring toxic flows from Mexico.

The lawsuit seeks to force the U.S. government to upgrade the collection system that diverts flows to a wastewater treatment plant.