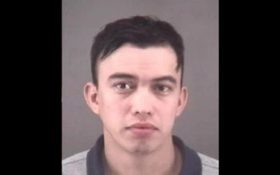 An illegal immigrant was “grossly impaired” and driving without a license when the car he was driving struck an ambulance, killing the three-year-old American boy inside and injuring the boy’s mother.

Jose Duran Romero, a 27-year-old illegal immigrant, was found to have more than twice the legal alcohol limit — a 0.19 BAC — when he was tested nearly two hours after the fatal crash, local news station FOX8 reported Monday.

According to police, Romero was driving even though he’d never owned a driver’s license. He reportedly had “bloodshot, glassy eyes,” was slurring and looked “grossly impaired.”

The family said the young boy had been under medical care before the crash occurred but didn’t want to talk further, only described the event as “devastating.”

U.S. Immigration and Customs Enforcement issued a detainer that would allow them to remove Romero if he’s released from local custody. ICE said Tuesday that the suspect is a citizen of El Salvador.

A detainer is issued when a suspect lacks legal immigration status or otherwise fits criteria for removal.

Romero was charged with driving while intoxicated and without a license. Police didn’t immediately return a message Tuesday asking whether his charges would be upgraded because of the boy’s death.