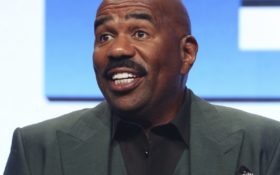 The scholarships are in memory of Devin Moore, a Kent State student from Cleveland who died in 2017 while playing basketball at a university center.