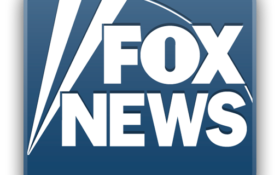 For 22 years, he was a star of Fox News and a respected political correspondent.

Fox News’ former chief political correspondent Carl Cameron — known as “Campaign Carl” — revealed Monday that he quit in 2017 because the cable news giant was too conservative.

And in a surprising career move, Cameron says he’ll work to be the “antidote” to conservative media like The Drudge Report.

In his controversial video announcement, Cameron claimed he quit Fox News because the network was under control of “right-wing hosts” that had “drowned out straight journalism with partisan misinformation.”

He also talked about the debunked conspiracy that linked President Donald Trump with Russian intelligence.

“He did collude and coordinate with Russia to get elected,” Cameron said. “And recently he said he’d accept their help again… because he sees nothing wrong with it.”

Cameron joined Fox News in its early days because the “idea of fair and balanced news appealed to me.”

“But over the years, the right-wing hosts drowned out straight journalism with partisan misinformation. I left.”

He says his decades at Fox News have given him “unique insight and understanding of how the right operates, and literally 30 years of covering Donald Trump.”

Cameron says he co-founded Front Page Live because America is in a “state of emergency.” He will act as the chief political correspondent for the new liberal news organization.

“Part of our goal is to be an antidote to The Drudge Report,” Joseph Romm, the CEO of Front Page Live, told The Hill. “But whereas Drudge aggregates and ‘viral-ize’ right-wing content, which includes a lot of disinformation and climate science denial, we will aim to aggregate and ‘viral-ize’ accurate news.”

Romm compared conservative media to “sewage” and said his organization’s aim was to “clean up” the news.

“We are trying to be a place that will save people time because it’s simply way too hard for anyone to sip quality water from the open fire hydrant that is online news and social media — especially because there is so much sewage thrown in,” Romm told The Hill.